For the past seven-or-so months, I've been touring with an iconic band that ruled the airwaves during the soft-rock heyday of the early 80s... I don't want to name drop, so let's just call this band "Schmair Schmupply". The love songs that these guys cranked out are still a major guilty pleasure for the over-40 crowd, and our shows are typically packed with smiling, enthusiastic people who know (and sing) every word. But last night was different... We played in a small city on the east coast of Florida, a town I knew nothing about, and therefore about which I had few expectations. The venue was a quaint old theatre with approximately 1200 seats, which as I noticed before we hit the stage, were just about full. This was the third show in a row for us in our first run of 2017, and the previous two shows had been raging. We had momentum, and our adrenaline was kicking in as the house lights went down and we made our way to our places on the stage (I almost wrote "to our offices for the day", but immediately thought better of it). After the spacy, swirly, vibed-out instrumental intro and broken down first verse, the drummer played a fill and we all came in hard on the chorus, at which point our lighting director brought up the lights to a point where we could get a glimpse of the crowd. Wow.... They were all over 60, sitting down, and barely smiling. Wait a minute... This wasn't the happy, excited, ready-to-get-their-faces-melted-with-soft-rock-jams crowd that we were used to! In fact, this crowd, well, to be brutally honest, sucked.

When you're on tour with a band, playing the same set night after night, a less-than-enthusiastic audience can really be detrimental to your vibe, which of course can affect your performance. In moments like this, when the crowd isn't reciprocating the energy that you're giving them, occasionally one finds oneself losing focus... your mind starts to wander, and you start thinking about non-show related things such as "hmm, I really need to get my laundry done tomorrow", "are refried beans really fried twice?", "I wonder if I'll be able to wake up in time to watch The Price Is Right in the morning?", etc. (c'mon, I know I'm not the only one whose mind wanders like this sometimes!). I personally hate when my mind does this during a show. I pride myself on giving my all to every performance, and doing whatever is in my power to get an audience involved so that EVERYBODY (audience, band, and crew) has a good time. So, to combat "wandering mind syndrome", I occasionally employ a few techniques to get the audience more into the show while also keeping myself entertained.

Here are a few: 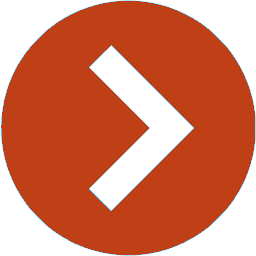 You can't just focus on the first couple rows. In my experience, sometimes the first couple rows are populated with folks who got free tickets, and aren't necessarily hardcore fans. When this is the case, you're not going to get the most enthusiastic reaction from these people. If I'm not feeling the love from the people up front, I'll focus on the crazy drunk people further back who are standing up and dancing. Even though I may not be able to make eye contact, I'll point, smile, give 'em a "yeah" "woo", whatever. The more you acknowledge them, the more they'll keep it up... and oftentimes the people around them start reacting too.

If the lighting in the venue is such that you really can't see the faces in the crowd, here's a little technique: Look at that dark patch of crowd somewhere ahead of you; smile, point, etc. Pretend that you're looking at one person and interacting with just that person. Everyone in that general area will think you're looking directly at them, and people love being acknowledged by the band they came to see.

Find that one lame person in the front who hasn't smiled the whole show, and give him/her a huge, obvious, shit-eating grin; This is a non-verbal way to tell him/her to lighten the f*#k up, smile, and have a good time.

If you're a guitarist/bassist, it's always fun to throw picks into the audience. Who wouldn't want to go home with a rare, exclusive souvenir from the show? Once you throw one out, people start paying more attention so that they may get a chance to catch the next one. Sometimes I'll throw them out randomly, and often I'll throw one directly to a person who's giving us great energy. But if I see someone right in front staring at their phone? That person is either getting a pick thrown at their head or into their beer if they have one. I've done it before, and I'll do it again :)

Don't leave it all up to the lead singer. Of course, if you're on the type of gig where you're positioned further back on the stage, and not necessarily mobile, you're not going to be able to interact directly with audience members. But if you are mobile, and you do get the chance to move to the front of the stage and interact, do it.

Here's a story for you: In 2015 I was on a big arena tour, and we had a stellar opening act. I don't want to call him out by name, so let's just refer to him as "Schmavin Schmegraw". He and his band were so crushing, I went out to FOH with a cup of Throat Coat tea and watched his set pretty much every night as my "pre show psych-up". One thing I particularly loved about watching his set was how night after night he managed to take a lukewarm crowd who weren't there to see him, and turn them into raging fans within a 40-minute set. Ok, his name is Gavin Degraw, and if you're a frontman/frontwoman, I strongly urge you to check him out sometime. The guy has the voice, the songs, the confidence, and the swagger to whip the most unresponsive crowd into a frenzy. And... he doesn't take shit from anyone. Here's the story... One night, and I don't remember what city it was, there was a girl in the front row plugging her ears with her fingers during his whole set. Freaking rude, right? I thought so too... So about halfway through the set, Gavin goes to his monitor guy, gets some ear plugs, then looks at the girl and says on the mic: "I know you don't want to listen to me, so here are some earplugs", and threw them at her. The place went nuts with applause, and I think she got the hint. I'll never forget that... Moral of the story? Don't be afraid to call someone out when they're doing something stupid. Odds are, when you do that, the rest of the audience will think it's hilarious and liven up immediately.

So tonight we play at Kansas State University, tomorrow a casino in Kansas City, and the next night a theatre in Chicago. Let's hope that the crowds are better in this part of the country than they were that fateful night in that Florida town. And if not? Well, I guess I'll have to practice what I just preached. Thanks for reading, my fellow road warriors... until next time!

How To Land An Endorsement Deal

It’s cool to say you’re an artist endorsed by your favorite brands right? It makes you feel more “official” and gives you that little taste of “I made it” and credi

Great blog Derek. Eye contact if I am close enough has always been what has drawn me into someone I like. Energy on stage and interaction with the band members do also. I have never been one to care about picks although I have had plenty thrown to me. I don\\\'t care about drum sticks or getting a copy of the set list either as most fans are. To me it is just about the people I am seeing on stage and what they bring to their performance that puts a smile on my face. Unfortunately with health issues I am not always able to stand when watching my favorite performers and I always hope and pray that the band members do not think anything less of me for not doing so. I am a fan of Rick Springfield and I have been to shows like what you are talking about but once Rick leaves that stage and goes into the crowd everyone is up on their feet having a good time. Maybe you guys can try that. lol. Hoping things go better for the group on your upcoming gigs! Take care and safe travels!

The most honest and funny story I\\\'ve heard from an artist in a long time... certainly, I\\\'ll remember your words when I see you on stage again... ????